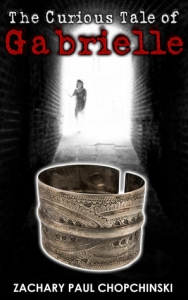 The Curious Tale of Gabrielle

A young Gabrielle is driven by her will to explore and see new things. She cannot stop or rest until all within her reach has been experienced and explored. Driven by an astounding will and lack of common fear, she finds herself able to face things most adults might fall before. Yet has there been a journey that has been meant specifically for her all along? Is there a path that has been created just for her to travel?

Follow Gabrielle as she ventures through the lives of many with the experience of only her own. What will happen as she discovers the lives—and tragedies—of the souls who choose her to see their story? It’s a journey through history, life, and love unlike anything that could be imagined—except perhaps by a young girl.

Let’s start with Gabrielle herself.  She is a curiosity ridden 13 year old who is intelligent and when she should be scared shows how bold she can be.  Since her mother works late nights and her father has passed she is pretty much taking care of herself and for any thirteen year old that can be hard. When she wanders into Alexandria’s shop on her birthday her whole world changes.  Gabrielle is given a bracelet that will transporter her through the lives of the previous owners.

This is a well developed story that draws you in and the characters compliment each other well and it’s perfect for the targeted age range. Which is middle grade, young adult.

I will admit that at first I had a little trouble with the writing and some of the sentences felt like they were run-ons, but once you get into the flow it’s a really good story. This is the first in the series so be prepared for a cliffhanger at the end.  Remember I did say we were going thru the lives of the previous owners of the bracelets, so there are definitely more tales to tell. 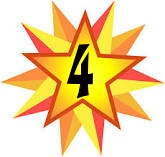 True to the Highlander

Treachery rules the Highlands of 1423. With their king captured by the English, Scottish nobles plot to ransom James behind the back of the brutal regent holding their land in his iron grip. But not every clan wishes to see King James back on his throne…

Sitting atop this powder keg of bloodthirsty rivalries, Malcolm of clan MacKintosh takes the mysterious, lone maiden he finds along his road as a bad omen…though an undeniably beautiful one. When he attempts to save her from a rogue within his own garrison, she deftly brings Malcolm to his knees. Who is this willful lass who has so quickly laid siege to his heart?

Alethia Goodsky has met all kinds working at the New York Renaissance Festival, but no one like the fortune-teller who tasks her with a cryptic life-saving mission and flings her into the fifteenth century. Now Alethia must rely on her wits to unravel the mystery in this violent land. Malcolm has sworn to protect her, but her gifts may soon make her his protector. With enemies closing in, Alethia must choose between finding a way home…and remaining true to her Highlander.

True to the Highlander is my first Audiobook and my first book by Barbara Longley. Lynn had been listening to it and suggested it was more my thing then hers, so I picked it up.  She was right and I was not disappointed.

True to the Highlander was beautifully done and one of the first time travel books that I have  really gotten into. The characters were strong and the narration was prefect.  Angela Dawe brings a wonderful voice to these characters and fills them with life.

Alethia Goodsky is a strong modern day woman who has plans for her future when she is catapulted back in time. Once there she runs into Malcolm and his men.  What ensues is comedic, romantic and at times a little scary.  Alethia plays beautiful music and while doctoring the clan wins there hearts. But the story is not with out it’s struggles and the question is whether or not she can fulfill her destiny and save the man she has grown to love.

Now as you read the review and the book blurb I realize a lot of people are thinking this book is a lot like the Outlander series.  I have tried reading that series and just couldn’t get into it.  This book however I found that I couldn’t put down.  I found myself sitting at my dining room table early on a Saturday morning before my kids got up finishing it.  For me that is what a good story is all about!

As a child, Barbara Longley moved frequently, learning early on how to entertain herself with stories. Adulthood didn’t tame her peripatetic ways: she has lived on an Appalachian commune, taught on an Indian reservation, and traveled the country from coast to coast. After having children of her own, she decided to try staying put, choosing Minnesota as her home. By day, she puts her master’s degree in special education to use teaching elementary school. By night, she explores all things mythical, paranormal, and newsworthy, channeling what she learns into her writing.

Ms. Longley is a longstanding member of Romance Writers of America, (RWA) and Midwest Fiction writers

Angela Dawe is an audiobook narrator and actress living and working in Chicago, Illinois.  Winner of several Earphones Awards from Audiofile Magazine and narrator of two Audie-nominated audiobooks, Angela is also an accomplished improviser/sketch comedian, and has worked with such theaters as Second City, iO (formerly improvOlympic), and The Annoyance.  You can reach Angela at angelamdawe@gmail.com.

Jenny Kramer knows she isn’t normal. After all, not everybody can see the past lives of people around them. When she befriends Ben Daulton, resident new boy, the pair stumbles on an old music box with instructions for “mesmerization” and discover they may have more in common than they thought. Like a past life.

Using the instructions in the music box, Ben and Jenny share a dream that transports them to Romanov Russia and leads them to believe they have been there together before. But they weren’t alone. Nikolai, the mysterious young man Jenny has been seeing in her own dreams was there, too. When Nikolai appears next door, Jenny is forced to acknowledge that he has traveled through time and space to find her. Doing so means he has defied the laws of time, and the Order, an ominous organization tasked with keeping people in the correct time, is determined to send him back. While Ben, Jenny and Nikolai race against the clock — and the Order — Jenny and Nikolai discover a link that joins them in life — and beyond death.

I received this book from Net Galley in exchange for a fair and honest review.  Amanda Gray has everything.  A touching romance, soul mates, reincarnation, the formidable “bad guy”, and time travel. Endless is well written and draws you in.  You feel connected to the characters and their stories.

Jenny has suffered the tragedy of losing her mother.  He father and her don’t really talk and when she touches people she has the ability to see past lives. Some of the kids at school deem her a freak, but she has one true friend in Tiffany.

Ben is the new guy, moody and mysterious.  His past has been hard and all he wants to do is protect his mother.  When he and Jenny find the music box his first thoughts are of its value.

Then there is the man from Jenny’s dreams.  The man she painted over and over again in the shadows of her pictures.  Nikolai.  Nikolai and Jenny share a past life that ended very tragically and he has come threw time to be with her, but there are rules and he is breaking them.

I enjoyed Endless.  The story moved well and I was caught up in it.  The movement between the different times was seamless and flowed nicely.  I am hoping the story continues as we are left with a few unanswered questions, but not enough to ruin the book.  Just enough to keep you hoping for more