My Book Story: The High Cost Of Living by Neil Gaiman

I was doing an elementary school visit back in 2010 and as I was leaving the librarian said to me that I should check out this genre of books called Graphic Novels.  “We can’t keep them on the shelves, the kids, mainly the boys, will take them out no matter what the subject.”  So, I did check out their collection and I was pretty intrigued.  I had grown up on mostly Marvel Comics (Spiderman, Daredevil, The Fantastic Four etc) so I thought of these graphic novels as being expanded comic books.
Oh how wrong I was!
I found out when I did some more research at our local library (they have a killer collection of GN’s) that the subjects tackled in the books can range from the obscure to super heroic and everything in between.  I didn’t take any out, instead deciding to stop at Barnes and Noble to buy one and take it home and read it.

I came across one that looked very interesting at the B&N, it was called “Death:The High Cost of Living” written by Neil Gaiman with art by Chris Bachalo and Mark Buckingham.  I had heard about Neil Gaiman but not not read any of his work but figured I’d take a chance on it and to this day I’m so glad that I madethe purchase!  I read it all in one sitting and that very day I was inspired to try and take a chance and write my own graphic novel.  I knew that it would never be as good as “Death” but the goal was to try and make it as great as possible.  The bar was set so high and it still is, that book literally changed my life that day!
So, I’m still trying to write a story as great as “Death: The High Cost of Lving” with characters as rich and wonderful as the ones Neil created, I may never fully succeed, but thanks to that book, I will always keep trying!
Howard Shapiro 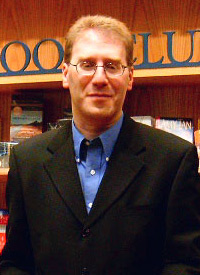 I live in Pittsburgh, PA with my wife and two sons. I am the Controller for the Pittsburgh-based Visual Effects firm, Animal Inc., and I have written four children’s books and “The Stereotypical Freaks” will be my debut Graphic Novel.My 2008 book, “Hockey Player for Life”, has been the #1 downloaded children’s hockey e-book on Amazon’s Kindle chart since its arrival as an e-book in November of 2011.My “Hockey Days” book was the only book featured in the December 2007 Sporting News Annual Gift Guide as a Best Buy Gift for Children. Through a corporate
sponsorship program I set up (and maintain), since the 2010-11 season, both of my children’s hockey books have been given to NHL teams (over 2,500 copies to date) for use in their community and educational initiatives.Since 2006 my annual charity raffle, which he matches dollar for dollar donated, has raised funds for several hockey-related charities including the Mario Lemieux Foundation, Hockey Fights Cancer and the Keith and Lisa Primeau Scholarship Fund.For more information, please log on to howardshapiro.net

Read our review of The Hockey Saint: